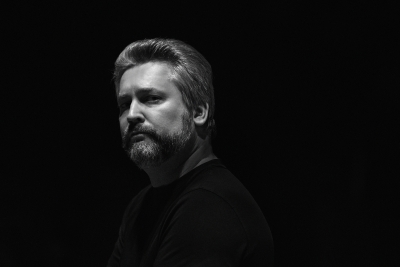 Andrey Ponochevny’s career has encompassed the globe as a preeminent talent among performing artists today. Cleveland’s The Plain Dealer has written that “ His performance seized attention from first note to last.” Additionally, The Washington Post describes his playing as “with power and finesse that brought the audience to its feet in a long standing ovation.”

Ponochevny has performed at many prestigious festivals including the Ruhr Klavier Festival, IKIF in New York City, the International Ludwigsburg Festival, Serie de los Nuevos Virtuosos in Puerto Rico, Bravissimo Festival in Guatemala City, Changchun International Festival in China, PianoTexas in Fort Worth and Music in the Mountains Festival in Durango, CO. Among his numerous awards, he was twice named “Outstanding Artist in China” (2009 and 2011) in addition to having been given the positions of “Honorable Professor” of Jilin College of Arts (China) and “Visiting Professor” at the Beihua University (China). In his hometown of Minsk (Belarus), he was awarded the title “Minskovite of the year” in 2002.

In addition to his concert career, Ponochevny serves on the teaching faculty of University of Dallas. Mr. Ponochevny is a Yamaha Artist Sampling of the press:
“The winning performance was an interpretation of Tchaikovsky’s Piano Concerto No.1 played with power and finesse that brought the audience to its feet in a long standing ovation.”
Josef McLellan, THE WASHINGTON POST

“The recital was given by Andrey Ponochevny of whom audiences should be hearing a great deal more in coming decades. He applied volumes of concentration, fluency and tonal beauty that brought renewed vibrancy to works by Schubert, Chopin and Brahms. Ponochevny is the type of pianist whose suave technique doesn’t draw attention from the music-making. His playing was poised and patient. There wasn’t a hint of willful or unconsidered thought. His performance seized attention from first note to last.”
Donald Rosenberg, THE PLAIN DEALER, Cleveland

“Andrey Ponochevny has the ability to transfix and transport an audience, impressing them not just with his prodigious technical feats but through the persuasive power of his music-making… Whereas most performers are content to overwhelm their audiences with spectacular exterior glimpses, Ponochevny – through his fiery, imaginative renderings – manages to illuminate their splendid architectonics from within. He then leads the audience, spellbound, through a breathtaking tour of their richly appointed labyrinthine interiors…”
Anna Crebo, CAPE COD TIMES

“The April program included Beethoven’s Piano Concerto No.5 in E-Flat … Andrey Ponochevny lead the instrumentalists with his brilliant work on the Steinway grand piano… His higher notes tinkled magically, and he has a mastery of 16th notes that make playing classical piano look easy… Ponochevny’s technique was expressive and dazzling – he has extraordinary control over tempo and tone…”
Bill Copeland, THE TELEGRAPH

“Ponochevny and the full orchestra performed Piano Concerto No. 1 by Frederick Chopin… The excellence of the pianist’s skills could be sensed both from sound and audience reaction. People started applauding even before the concerto’s final note, and they stood and cheered… Comments at intermission were “…That’s the best pianist I’ve heard.”
Cleve Twitchell, THE MAIL TRIBUNE

“.. Mr. Ponochevny’s skill, virtuosity, power, and expressive musicianship became gifts to us as he led us through the concerto that was once deemed “unplayable.” …The Sangamon Auditorium audience knew from the opening crashing chords that something spectacular was happening. Rarely have I ever seen anyone play with such fire and power..”
Ann Ker, IllINOIS TIMES

“…The soloist showed tasteful restraint in performing the opening allegro. Contrasting between powerful chords and tender single lines, he allowed Brahms’ music to dictate the changing moods…” “…Ponochevny’s careful tempo and dynamic nuances demonstrated sensitivity that belied his youth. Any good meal deserves a fine wine. Andrey Ponochevny has all the musical ingredients necessary to mature into a most impressive artist.”
Rebecca Redshaw, PITTSBURGH POST-GAZETTE

“…Ponochevny’s superb technique in the fast preludes doesn’t hide that he lives for the slow pieces. His rubato – the give-and take of tempo – rang true in Chopin’s reflective music and, combined with excellent voicing and sensitive touch, made for many memorable moments…”
Mark Kanny, TRIBUNE REVIEW

“Indeed, in listening to an online performance by Andrey Ponochevny of Medtner’s Sonata in E Minor(“The Night Wind”), there was virtually no moment at which one’s helplessly riveted attention could escape the overpowering grasp of the composer’s invention, a rare and striking experience”.
Joseph Marcello, THE RECORDER

“…Ponochevny played with brilliant technique and expressiveness…”… he responded to the Andantinos with soulful playing …”
Juergen Leukel, STUTTGARTER ZEITUNG