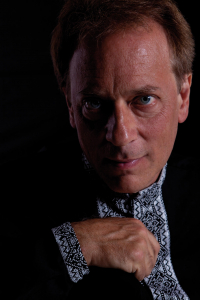 Arthur Greene was born in New York City and received degrees from Yale, Juilliard, and Stony Brook. He studied with Martin Canin. Until recent events, he has spent summers with his extended family in Ukraine.
Mr. Greene treasures the inheritance of our rich piano repertoire, which he considers among humanity’s greatest achievements, and he is grateful for the opportunity to bring it to life and to share it with as many people as possible.

Mr. Greene was top prize winner in major international competitions. He has performed with the Philadelphia Orchestra, the San Francisco, Utah, and National Symphonies, the Ukraine National Symphony, the Czech National Symphony, the Tokyo Symphony, and many others. He has played recitals in Carnegie Hall, the Kennedy Center, Moscow Rachmaninov Hall, Tokyo Bunka Kaikan, Lisbon Sao Paulo Opera House, Hong Kong City Hall and concert houses in Shanghai, Beijing, and Seoul, and all the major cities in Japan. He was an Artistic Ambassador to Serbia, Kosovo, and Bosnia for the United States Information Agency. Mr. Greene recorded the complete Etudes of Alexander Scriabin for Supraphon, and piano works of the Ukrainian composer Mykola Lysenko for Toccata Classics. He has made many recordings together with his wife, the violinist Solomia Soroka, for Naxos and Toccata. He has performed the 10 Sonata Cycle of Alexander Scriabin in many important international venues, including multi-media presentations with Symbolist artworks. He has performed mazurkas with the Janusz Prusinowski Kompania, a Polish folk ensemble. He has been a faculty member of many summer festivals, including the Rebecca Penneys Piano Festival, Perugia MusicFest and Vivace Music Foundation.

Arthur Greene is a member of the piano faculty of the University of Michigan. There he has won the Harold Haugh Award for Excellence in Studio Teaching. He and his students presented a recital series of the complete solo works of Chopin in nine concerts. He is a frequent judge of piano competitions. His current and former students include prizewinners in international competitions, and his former students hold important teaching positions throughout the United States.