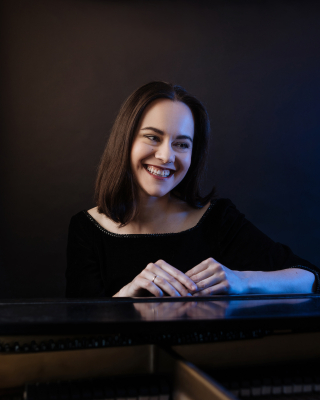 Born in Kazan, Russia, into a family of musicians, Daria Rabotkina gave her first solo recital at the age of ten. Her education started at the Specialized Music School under the guidance of her parents, and Nora Kazatchkova. Later, it continued in Kazan State Conservatory and Mannes College of Music in New York City under the tutelage of Vladimir Feltsman. In addition, she holds a Doctor of Musical Arts degree from the Eastman School of Music where she studied with Natalya Antonova.

Rabotkina is an Associate Professor of piano at Texas State University in San Marcos, TX. Prior to that appointment, she presented masterclasses, private lessons and lectures at the Kazan State Conservatory, as well as taught in New York City. Also passionate about early piano education, Rabotkina has founded the FunKey Piano Project at Texas State in 2018.

As a full-time working parent, she finds her biggest joy in spending time with her family in New Braunfels, TX. Besides that, Rabotkina enjoys drawing, collecting misspellings of her name, and devouring English murder mysteries.