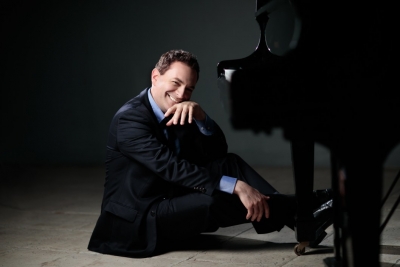 A laureate of the Porto International Competition (Portugal) and the Venice Competition (Italy), he has performed recitals in France, Germany, Portugal, Slovak Republic, and Spain. In Italy, he has appeared in historical settings (La Fenice Theatre, Venice; Palazzo Vecchio, Florence; Bibiena Theatre, Mantua; Pavarotti Opera House, Modena; Teatro Comunale and Sala Bossi, Bologna; Sala dei Giganti, Padua; Sant’Anna dei Lombardi Church, Naples, as well as the Amalfi Cathedral). In addition, he has given recitals in several countries in Asia, including South Korea, China, Taiwan, and Singapore. Recent engagements include recitals at the Banff Centre for the Arts, Weill Hall at Carnegie Hall, the New York Public and Morgan libraries, the Italian Embassy and National Gallery of Art in Washington D.C., the Centro Cultural de España, in Lima, Peru.

Among Mr. Elisi’s T.V. broadcasts are the Rádio e Televisão de Portugal (Brahms Concerto No. 1 with the Orchestra Clássica do Porto) and WPSU (USA). Other live and recorded performances appeared on radio stations such as Montebeni Classica FM (Italy), WCLV Cleveland, UNC, KCNV Nevada Public Radio, and KGCS (USA). In addition, the German radio, Via Classica, programmed a two-hour broadcast of Elisi’s live recital and subsequent interview from Hamburg.

A Yellowbarn Festival Artist-in-Residence, Elisi performed a recital and engaged the community by disseminating his work on ornamentations and articulations in selected works by Bach. He subsequently recorded selected Partitas and Preludes (the release of which is forthcoming). Previous recordings include an album dedicated to Mozart and Two Images by Paul Chihara, featured on Albany Records.

An avid chamber musician, Elisi has performed at the Taos and Ravinia Festivals, collaborated with the New Orford String Quartet, and principal players from the Baltimore, Chicago, and American Symphony Orchestras. Among the numerous partnerships, he also performed with Federico Agostini (former leader of I Musici).

During Sciarrino’s residence at the University of Toronto New Music Festival (2017), Elisi performed music by Sciarrino, Fedele, and Berio; he also premiered chamber music by Chihara at Weill Hall and Pastorale Reveries (his latest piano work) in Canada. Other commissions and premieres by living composers of diverse nationalities are testaments to Elisi’s passion for contemporary music.

Dr. Elisi is currently on the piano faculty at the University of Toronto. Previous teaching positions spanning nearly two decades include the Eastman School, Hanyang University, the Pennsylvania State University, and UNLV. His current and former students are prizewinners in competitions (Cleveland and Paderewski among many), hold full-time teaching posts in the U.S. and abroad, and performed with the Cleveland Symphony, Rochester Philharmonic, Dallas Chamber Symphony, as well as other orchestras.

Dr. Elisi holds degrees from the Peabody Institute of the Johns Hopkins University. Before immigrating to the United States in 1996, he graduated from the Conservatory of Florence and the International Piano Academy of Imola. His primary teachers include Leon Fleisher (with whom, at his invitation, he felt honored to share the stage at the 2007 World Piano Pedagogy Conference), Lazar Berman, Alexander Lonquich, Boris Petrushansky, Franco Scala, and Giuseppe Fricelli.

Born in Italy, Enrico Elisi became a citizen of the United States of America in 2012 and is a Steinway Artist.