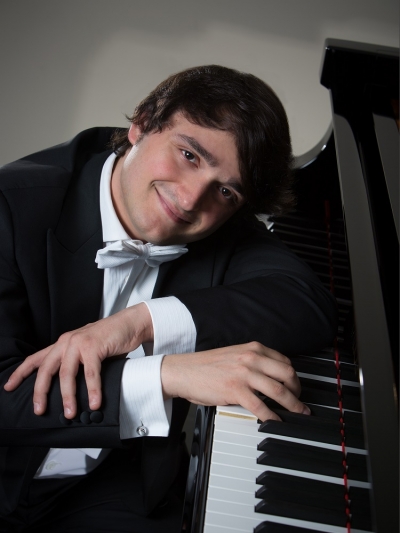 Alessandro Mazzamuto is “one of the most inspiring, extraordinary pianists that I have had the joy to hear”-writes Martha Argerich-and when she was recently asked by the French newspaper L’Expresso to name her ten favorite young pianist of our time she included Alessandro in the company of artists such as Danil Trifonov and Yuja Wang.

Winner of ICMA’ 2013 Young Instrumental Artist of the Year, the 31-year-old Sicilian pianist has won more than 60 national and international competitions.

Alessandro was a PD and AD student of Dr.Carol Leone at Southern Methodist University and recently become Artist in Residence at “ColloraPiano” in Dallas.

He and his brother, violinist Lorenzo Mazzamuto, perform often as a celebrated duo.