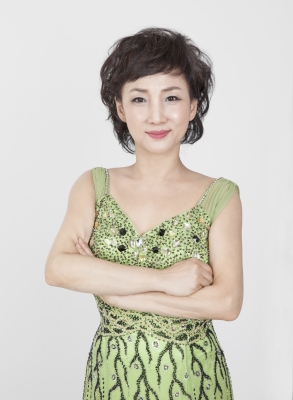 Pianist Haejeon Lee started piano at the age of 5. Since her debut with the Korean Nation-al Symphony Orchestra at age 12, she has won many awards and competitions.

After graduating from Seoul National University with the highest honors, she received her master’s degree with “Distinction in Performance” from the New England Conservatory of Music. She continued her studies at the University of Southern California, where she completed her Doctoral of Musical Arts (DMA) degree.

She has also performed actively with her husband Choong-Mo Kang as duo-pianists, and the duo have been invited to perform in London, Oxford, New York City, in addition to numerous domestic and international cities. As a recording artist, Haejeon Lee has recorded solo works by Liszt and Beethoven as well as various pieces for four hands and two piano works. She has been asked to record in the “Korean Musician’s Series” sponsored by the Korean Broadcasting Station. She has been an active teacher in various festivals in Nice, Leipzig, Prague and IKIF in New York City.

Ms. Lee performed a complete cycle of Beethoven Piano Sonatas as well as Violin Sonatas. This ambitious project has received much acclaim from both critics and music lovers.

She had been on the piano faculty at Juilliard Pre-College. Professor Lee also served as the President of Piano Society of Korea. Currently she is the dean of college of music at Sookmyung Women’s University and a member of ‘Quartet S’ which is an actively performing piano quartet.