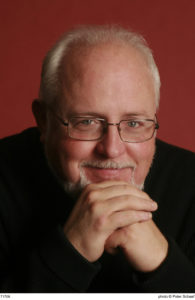 Pianist Julian Martin, distinguished professor of piano at The Juilliard School, has been among the most visible American pedagogues for four decades. His professional career was launched in 1975 by major prizes from the Cleveland, Kapell and Montevideo competitions. Subsequently appearing in major halls on four continents, he has collaborated with such eminent conductors as Sergiu Comisiona, Leon Fleisher, Amerigo Marino, Jose Serebrier, Sir Peter Maxwell Davies, Oliver Diaz and Rune Bergmann.

Widely acclaimed for his versatility, Martin has premiered new works of Richard Rodney Bennett, George Crumb, and Mario Davidovsky. He has performed on period instruments at Washington’s Smithsonian Institution. His recordings with violinist Berl Senofsky may be heard on Cembal d’Amour, and with flutist Robert Willoughby on the Gaspar label. Recent chamber music collaborations include Dover and Pacifica Quartets.

Most recently Martin served as President of the Jury of Casagrande International Piano Competition in Terni, Italy. He has also adjudicated international competitions in Jaén, Montreal, Hilton Head, Iowa, Indianapolis, Palm Springs, Milwaukee, St-Petersburg, Seattle, and Washington, as well as national competitions in Argentina, Colombia, Canada, Korea. He was a member of the original selection committee of the Gilmore Foundation (Kalamazoo) and the Kennedy Center’s Artist of the Americas program.

In 1999 he established the Gijón International Piano Festival (Spain), serving as Artistic Director until 2012. In 2012 he established the Valencia International Piano Academy. He continues a regular commitment to Aspen, Bowdoin and Gijón Festivals. He has taught at the Banff Centre, EAFIT University in Medellin, Music Academy of the West, and Seoul National University, Glenn Gould Professional School, the Conservatoire Tibor Varga, and the Conservatoire superieur (HEM) in Geneva. He has presented master classes in Argentina, Canada, Colombia, Germany, Great Britain, Israel, Lithuania Korea, Switzerland, Taiwan, Uruguay and Venezuela. He currently serves on the Artistic Advisory Committees of the Artist Series Concerts of Sarasota and Chamber Music/OC. In 2016 Martin was awarded the President’s Medal of The University of Cincinnati for Teaching Excellence. In May, 2019, he was Jury President of the Casagrande International Competition in Rome.

Martin’s teachers include Leon Fleisher, Guido Agosti and Nadia Boulanger. He has taught at Oberlin Conservatory (’82-’87), Peabody Institute (’87-2003), and at The Juilliard School since 1999.