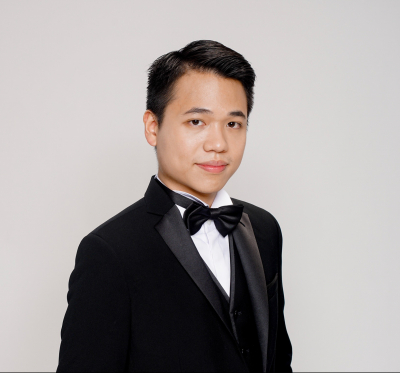 A graduate of Texas State University (classes of Washington Garcia and Jason Kwak), Martin continued to study at the University of Texas at Austin, where he is currently finishing up his doctoral studies with Anton Nel. Starting in September, Martin will move to Toronto, where he has been accepted with full scholarship to study with James Anagnoson in the Artist Diploma Program at the Glenn Gould School, Royal Conservatory of Music.