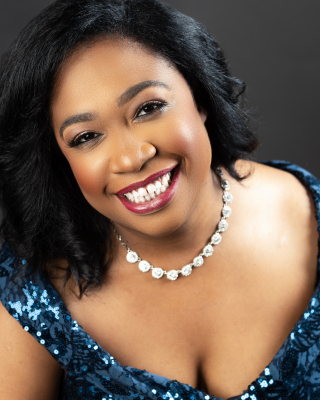 “A compelling, sparkling virtuoso” (Boston Music Intelligencer), pianist Michelle Cann made her orchestral debut at age fourteen and has since performed as a soloist with numerous ensembles including The Philadelphia Orchestra, the Florida Orchestra, the North Carolina Symphony, and the New Jersey Symphony Orchestra.

A champion of the music of Florence Price, Ms. Cann performed the New York City premiere of the composer’s Concerto in One Movement with The Dream Unfinished Orchestra in July 2016 and the Philadelphia premiere with The Philadelphia Orchestra and Music Director Yannick Nézet-Séguin in February 2021, which the Philadelphia Inquirer called “exquisite.” She has also performed Price’s works for solo piano and chamber ensemble for the Cincinnati Symphony Orchestra, Chamber Music Society of Detroit, and the New World Symphony, among other presenters.

Highlights of her Summer 2021 activities include a repeat performance with The Philadelphia Orchestra at the Mann Center for the Performing Arts, a debut with The Cleveland Orchestra at the Blossom Music Festival, an appearance with the Hilton Head Symphony Orchestra, and a role on the jury of the Cleveland International Piano Competition.

Ms. Cann regularly appears in recital and as a chamber musician throughout the U.S., China, and South Korea. Notable venues include the National Centre for the Performing Arts in Beijing, the John F. Kennedy Center for the Performing Arts in Washington, D.C.; and Walt Disney Concert Hall in Los Angeles and the Barbican in London with members of the Los Angeles Philharmonic. Ms. Cann regularly performs duo recitals with her sister, pianist Kimberly Cann; together their “sheer verve and evident passion is something to behold” (Mountain Xpress).

Ms. Cann has appeared as cohost and collaborative pianist with NPR’s From The Top, collaborating with actor/conductor Damon Gupton, violinist Leila Josefowicz, and violinist and MacArthur Fellow Vijay Gupta. She has also been featured on WRTI-FM and WHYY-TV in Philadelphia. Her summer festival appearances have included the Taos Chamber Music Festival, Yellow Barn, Perlman Music Program, Music Academy of the West, Geneva Music Festival, and Pianofest in the Hamptons, where she serves as artist in residence.

Ms. Cann has won top prizes in state, national, and international competitions including the International Russian Music Piano Competition, the Blount Slawson Young Artists Competition, and the Wideman International Piano Competition. In 2019 she served as the Cincinnati Symphony Orchestra’s MAC Music Innovator in recognition of her role as an African-American classical musician who embodies artistry, innovation, and a commitment to education and community engagement.

Ms. Cann manifests this commitment through her activities in Philadelphia and as part of touring engagements around the globe. She has served as the director of two children’s choruses in the El Sistema-inspired program Play On Philly and was among the first class of ArtistYear fellows at the Curtis Institute of Music, where she worked with community partners City Year, Teach for America, and AmeriCorps to provide arts education and access to underserved communities in Philadelphia. In 2019 she served on the faculty of the Sphinx Performance Academy during its inaugural year at the Juilliard School.

Ms. Cann served as a collaborative staff pianist at the Curtis Institute of Music for several years. She joined the faculty in 2020 as the inaugural Eleanor Sokoloff Chair in Piano Studies.