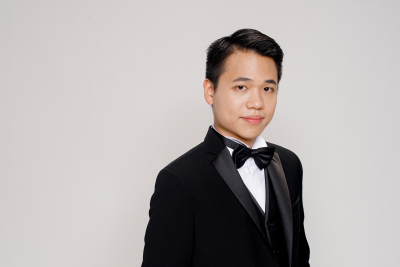 A graduate of Texas State University (classes of Washington García and Jason Kwak), Martin continued to study at the University of Texas at Austin, where he is currently finishing up his doctoral studies with Anton Nel. Starting in September, Martin will move to Toronto, where he has been accepted with full scholarship to study with James Anagnoson in the Artist Diploma Program at the Glenn Gould School, Royal Conservatory of Music. 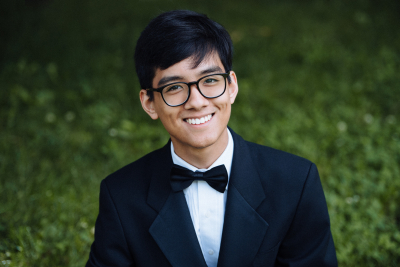 Pianist Ryan Soeyadi is first prize winner of the 2018 Kosciuzko Foundation Chopin Competition in Washington D.C. and a sought-after pianist based in New York City. Soeyadi has appeared on stage in Alice Tully Hall, The Arkell Pavilion, Avram Theater, and Steinway Hall, among other prestigious venues. Soeyadi was the grand prize winner of the 2020 and 2018 Music for Humanity Scholarships. Further important awards are from competitions such as the NY Steinway and Sons and the Mieczyslaw Munz at Juilliard.
Mr. Soeyadi received piano fellowships to the Manchester Music Festival, Pianofest in the Hamptons, and the Kneisel Hall Chamber Music Festival. He has played for notable musicians such as Stephen Hough, Emanuel Ax, and Matti Raekallio.

Ryan is currently pursuing his Bachelor of Music degree at The Juilliard School under the tutelage of Julian Martin. Ryan’s notable scholarships include the Robert Fabian and Ezio Cingolani scholarships. Prior to his studies at The Juilliard School, Ryan attended the Manhattan School of Music Precollege Division under the tutelage of Dr. Adam Kent for seven years. 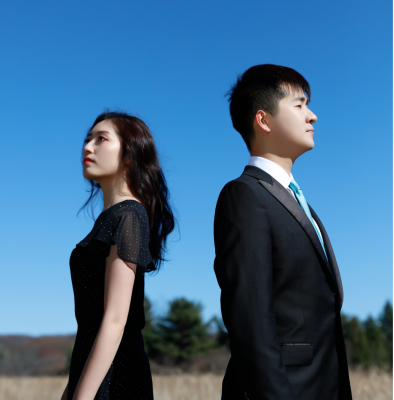 Zehao Bai began his journey with piano at home when he was three-year-old and made his first public concert at the age of fourteen. During the course of his study, Zehao won prizes from the Thousand Island International Piano Competition, Long Island International Piano Competition. He is currently pursuing his doctoral degree under the tutelage of Dr. Marina Lomazov and Dr. Joseph Rackers at the Eastman School of Music.

Ke’er Wang started her musical study at the age of five and continued through the affiliated schools of Sichuan Conservatory in China. She had her public debut at the age of sixteen. Ke’er was the featured soloist for South Carolina University Symphony Orchestra, Williamsburg Symphonic Orchestra and Virtuosi Brunenses Orchestra. She is now working on her doctoral degree at the Eastman School of Music under Dr. Marina Lomazov and Dr. Joseph Rackers. Apart from performing as soloists, Ke’er and Zehao often perform as a pianist-couple and work as a pianist team.

In the summer of 2016, Ke’er and Zehao together created the Miao’miao Piano Festival in Wuhai, China for pre-college pianists and received wide local support and praise.

Sonata in B Minor